When you have a near-death moment, you want to talk about it again and again.

No one else wants to hear about it again and again. Even the first time, their eyes glaze.

People are more interested in what happened, than what did not.

One leg in, one leg out of the train, fallen down, screaming and squirming out, I thought of losing my leg, my slipper, my phone.

Standing on the platform, trembling with shock, I thought of losing my life.

Teja hugged me at home.

He was a bit angry. He has told me several times not to take a Virar local.

But I had got beguiled by the women sharing cake and giggling, ‘It’s Valentine’s Day’, in the morning. 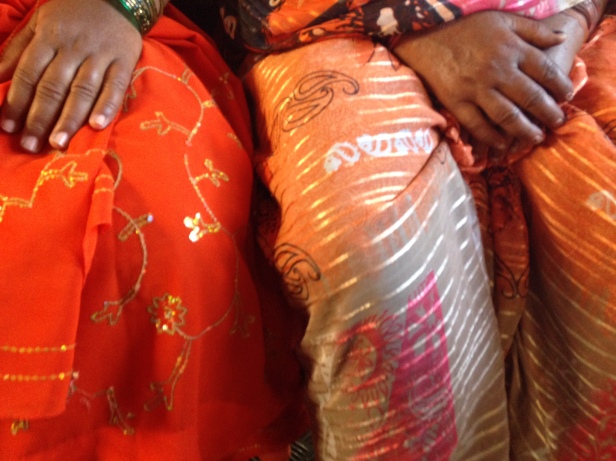 At night, some other women, turned ferocious.

The next day, I could stay home and nurse my bruises. Or I could go back and catch a train again.

This time, I walked even slower than I usually do.

The train in response, though ostensibly fast, became slower than a slow one.

A girl next to me complained several times. We both complained to each other.

I thought when I get off at the station, I will say bye to her.

She got off the train without saying bye.

I walked slowly out of the station.

She had a cab and was driving off. She waited for me.

The driver said he had to pee. She said she was late. The driver asked, “Should I die then?”

He missed crossing a signal. He crossed it the second time.

But the road was jammed anyway.

She was late. She had to go to college and dress up like Ravan for her farewell. “Iconic villains is the theme”, she said.

The driver stopped in a quiet by-lane and ran off to pee. He came back and washed his hands with two bottle caps of water.

The girl and I looked at each other and tried not to think about it.

The driver was tall, loose-limbed and had a big red tilak on his forehead. He would make a good Ravan, I thought.

He was from Banaras.

A tourist car slowed down beside us. A foreigner rolled down his window and asked the driver how old his taxi was.

The driver said, “No English, only Hindi.”

The girl and I translated for him. He said, “How would I know? It’s not my car.”

He said, “We see Fiats only in Bambai. Not in my place. Not one.”

The traffic continued to be what it was.

He said, “What to do? This is our Karmabhoomi, we must move on.”

It began to rain. I gave the girl 50 rupees for the taxi. “You are much younger than me”, I said.

I got off, and walked in the rain.

2 minutes and Light of Persia.

I had burji-pav and asked for an extra sachet of Nescafe for the milky concoction. The old man gave me 2. 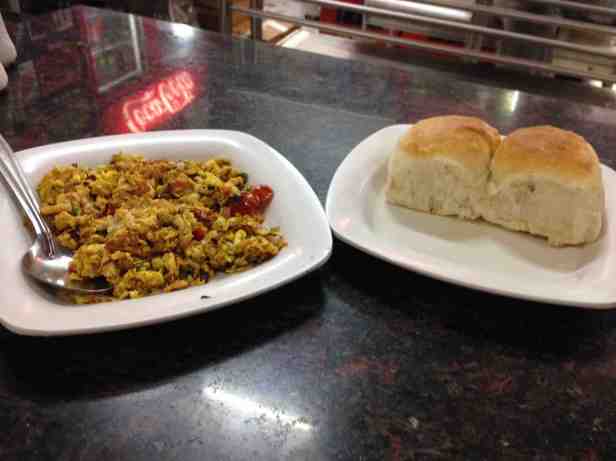 *Karmabhoomi – the place where one works